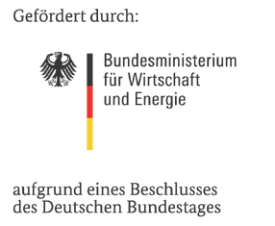 Kurzfassung (englisch)
Investigations on partitioning and transmutation (PuT) have so far been limited almost exclusively to PUREX-related separation processes and solid-fueled reactors. In this study, the feasibility of alternative methods based on fractionated distillation/rectification was investigated. The process scheme developed with aid of numerical simulations can be used for nuclear waste separation (partitioning), but is also particularly well suited for combined operation with liquid fuel reactors such as the liquid salt reactor (Molten Salt Reactor, MSR). In this interaction, the long-term radiotoxic waste inventory would be so small that the necessity of geological storage should be reconsidered.

Compared to PUREX-like processes, distillation/rectification processes are characterized by high scalability and cost-effectiveness. With a significantly smaller plant size, a high degree of selectivity can be achieved with a relatively high throughput. Virtually no radioactive secondary waste is produced. They can therefore also be better adapted to all common fuel types. The output of the fractions can be presented in many ways and is therefore largely independent of the research and development path taken. The individual portioning of the fractions as well as their essentially lower volatilities, also in combination with passively safe liquid nuclear reactors, can in principle offer a higher degree of safety than the existing infrastructure.

Such a processing unit, with an annual throughput of 1,000 tons, would be able to process the entire nuclear HLW inventory accumulated by 2022 within 20 years without additional costs compared to the current geological disposal scenario. Contrary to the envisaged strategy of untreated final disposal, a clean "waste separation" would be achieved in the end. This not only reduces the long-term risks, but also opens up the possibility of a later transmutation.